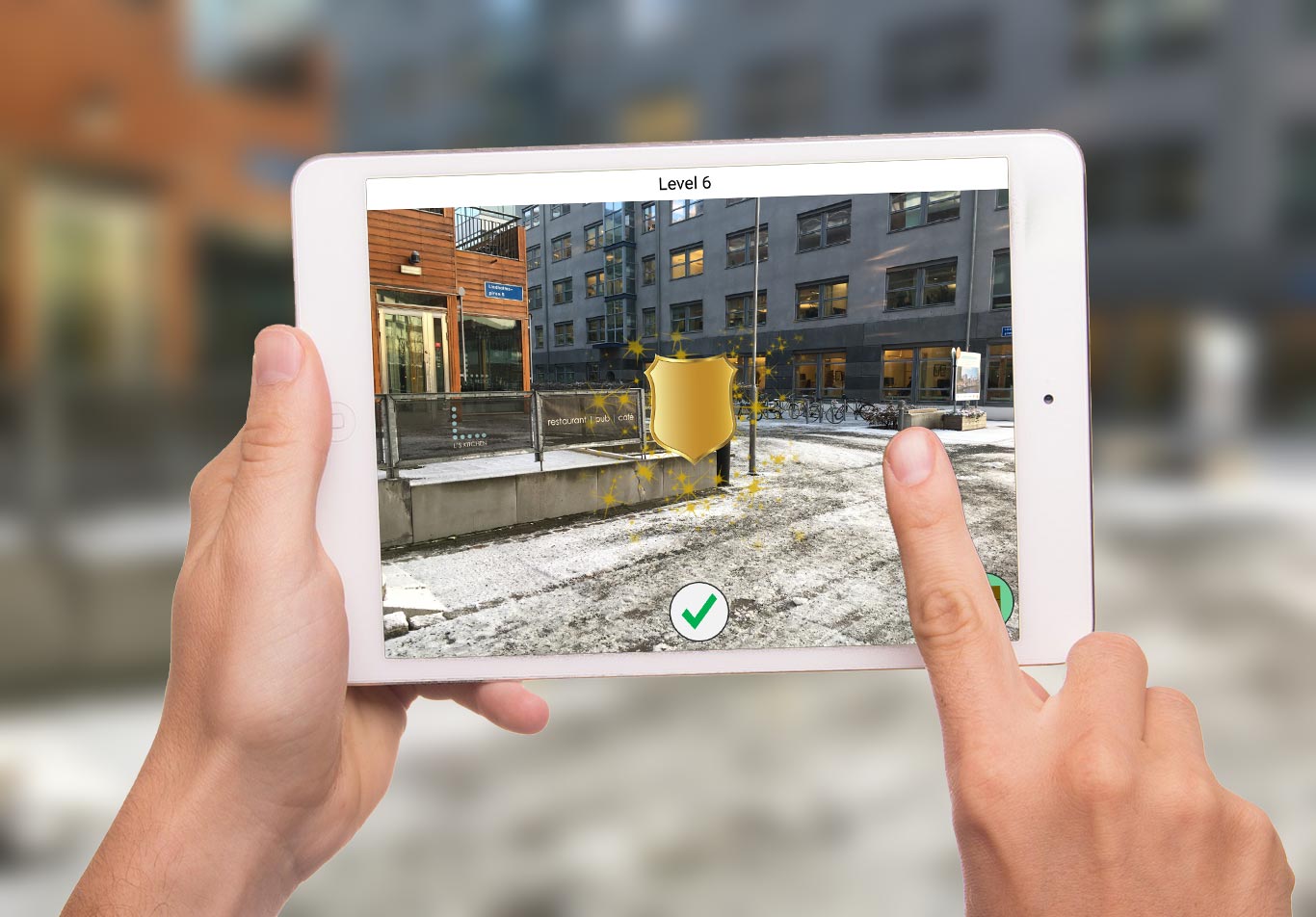 Educational game using AR for children aged 8 to 12, with a goal to make children more physically active. The focus of the project was to understand how children differ from adults as users and how we as designers can involve children in a design process. This was investigated by planning and executing three different workshops for the target group. The project resulted in a basic screen-based prototype.

Designing with and for children 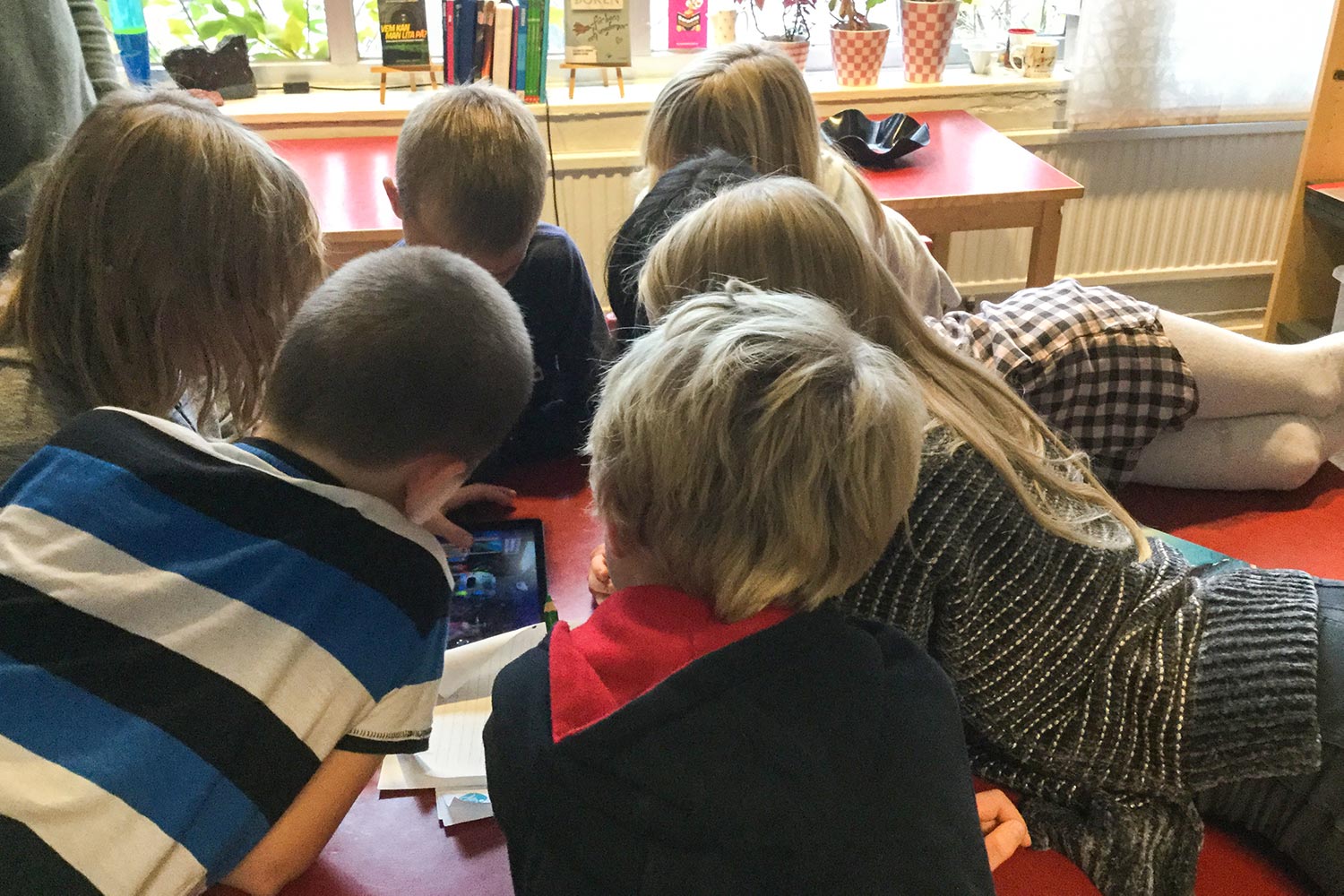 We had three encounters with real children during the project, executed as workshops. The three workshops had a respective focus on engaging the children as users, design partners and testers.

Children as users
We wanted to investigate the children's problem solving and collaboration abilities, as well as introduce them to the AR technology, by letting the children use tablet applications already on the market and also an analogue problem solving task executed in the school library. We noticed that AR seemed to be very popular and that an appropriate level of difficulty is very important. If too hard, they will almost not even try. Collaboration on one single task and argumentation for their points was also hard, leading in some cases to enmity.
Children as design partners
We wanted to design something that had the right level of difficulty for the age group. We let the children make multiple drawings based on given words in small groups. The groups then got to show the drawings one by one to another group of children, which tried to guess what the word was. We noticed that the children were pretty good at thinking outside the box and that letting the children create the clues was fenominal for reaching a good level of difficulty. The workshop also gave us hints on what kinds of restrictions and rules were suitable for such a game.
Children as testers
It is important to test an idea with the target group before continuing development. A low-fidelity prototype was created and tested with the children. It featured small tasks based on their school subjects, which they had to solve. When solving a task, they got directions where to find a clue in the library. By going to that place, they could see the clue on the tablet using AR. All clues together formed the correct word of the game round, as in the previous workshop. We noticed that collaboration was still pretty hard sometimes, as children struggle to argument for their points. Also, we noticed that it is important not to give too much information and too many instructions at the same time, since what made them confused. 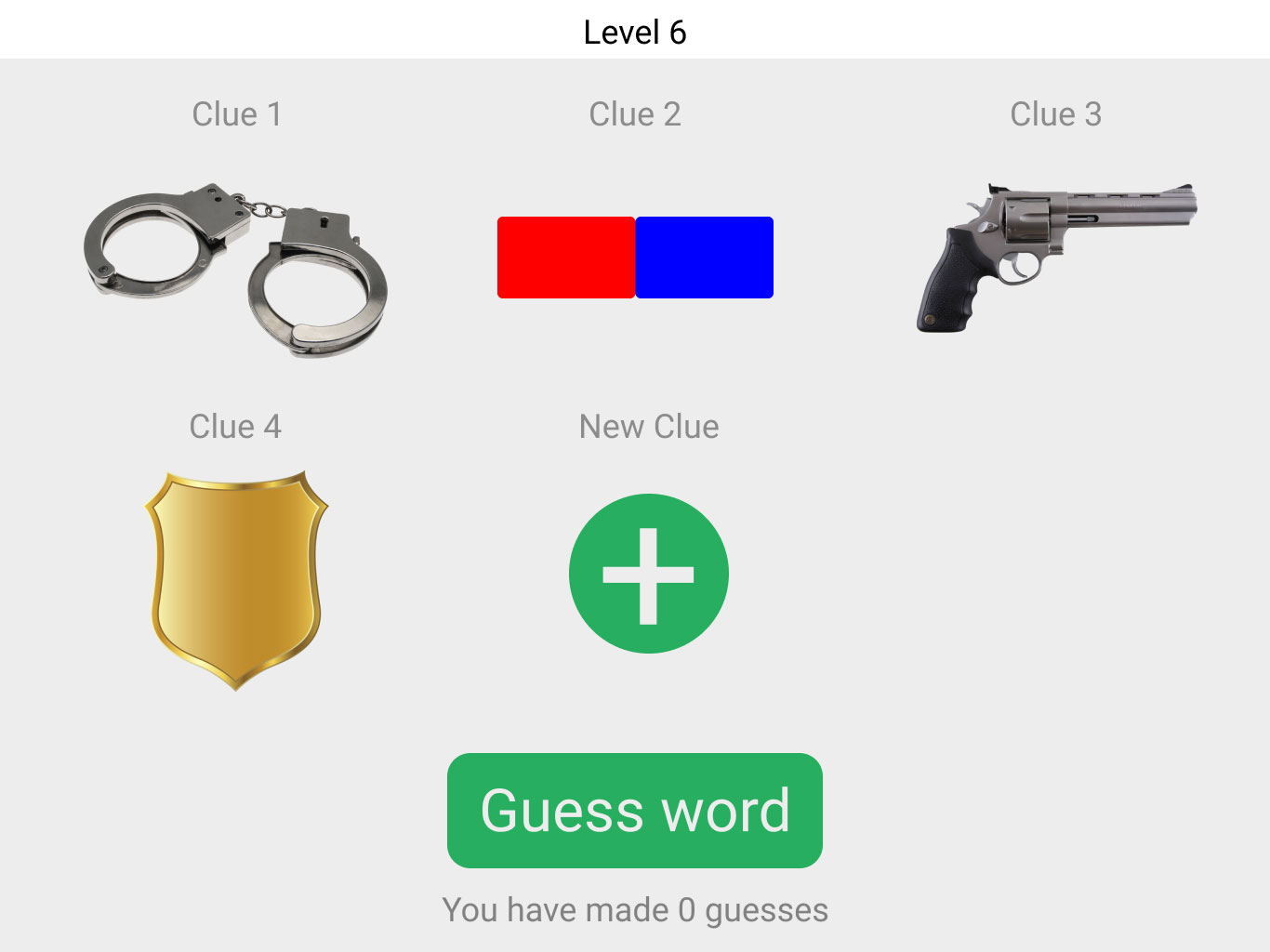 The concept was based on the findings from the three workshops. When starting the game, the player gets to choose a level. Each level consists of multiple clues which together lead to the same word. To get a clue, the player first has to complete a small educational task, connected to a school subject. When that is done, the screen shows the camera of the device with an AR layer including an arrow pointing towards the real location where the clue can be found. The player has to walk to the location to obtain the clue. Next, the player can either decide to guess for the correct word or to go for another clue. 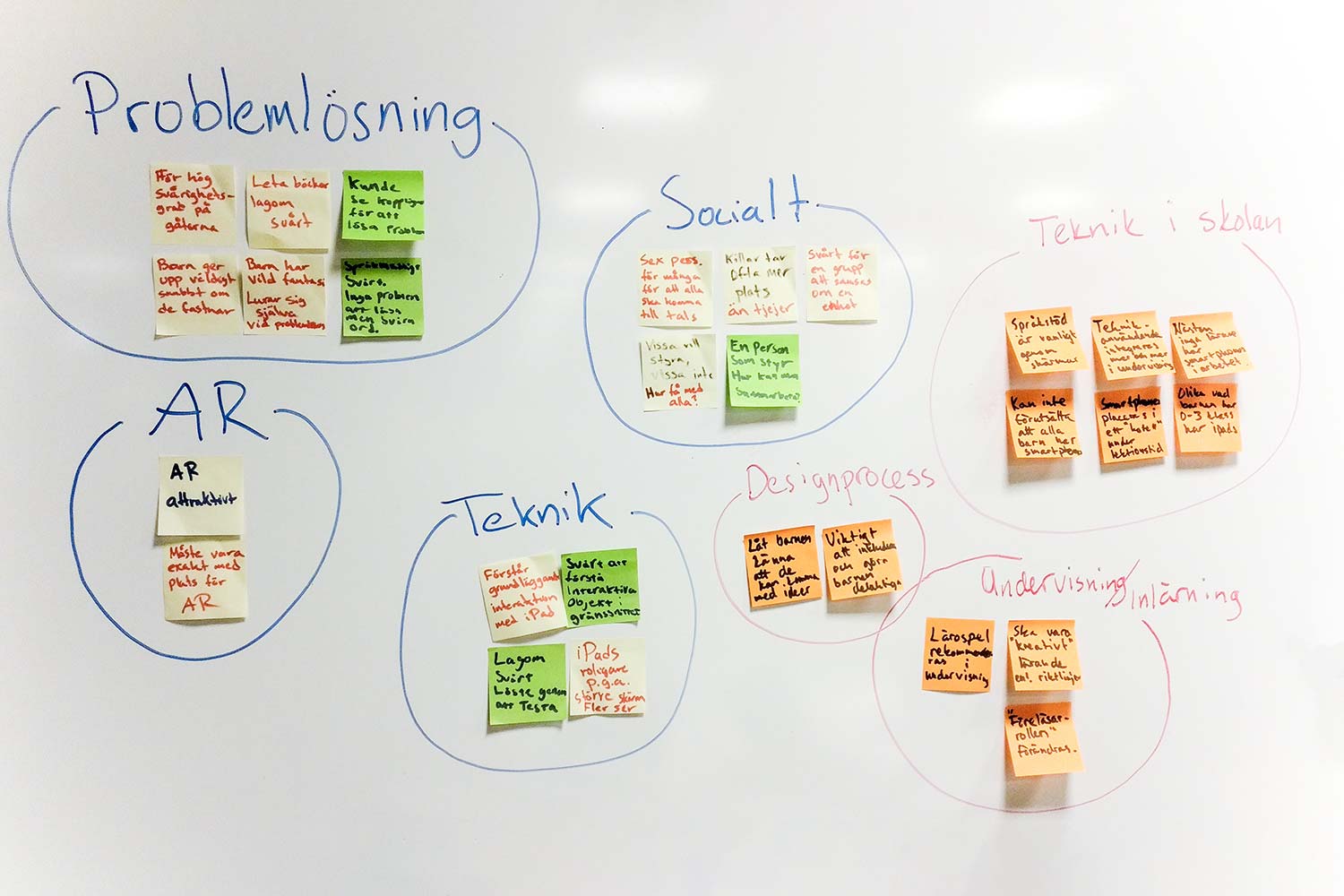 Alternative way of learning
We were accompanied by the school librarian, who knew the children well. She realised that children who usually did not like writing or solving subject related tasks, were suddenly very keen to do so. This new medium, the setting and gamified learning might have been the reason.
Collaboration not always easy for children
In this age group, collaboration is often very hard, since the children have not yet developed the competence of argumentation and listening to other people's points. If a task is hard as it is, it is almost impossible for them to get through without the help of adults. At the same time, trying to collaborate is great practice.
Finding right level of difficulty important
Children are often very impatient and give up almost instantly if a task is too hard and they cannot proceed with it immediately.
Increase amount of facilitators
We were 3 to 4 designers with 25 children. That was considered as too few, since much time had to be spent on making the children not run around and play with other things. That made observing the actual task and taking notes almost impossible, making us miss out on valuble data.
Communicating learning goals
When working with children, it is important for their development to communicate learning goals for them to reflect upon. This was tricky, as they did not reflect upon abstract goals like problem solving or collaboration, even though we saw that they actually tried it. When asked what they had learnt, answers were very concrete, e.g. 'What Gustav Vasa looks like'.